In order to reduce the gender gap in technology, the program Conectadas was created by Mercado libre with Chicas en Tecnología and {reprograma} to engage women between 14 and 18 years old from seven Latin American countries. After their participation, 89% of the girls recognize a positive and closer link with science and technology.

Argentina, November 4, 2021. In its first year, Mercado Libre's Conectadas program, together with Chicas en Tecnología and {reprograma}, boosted the interest in technology for more than 1,200 women between 14 and 18 years old who presented more of 150 projects to create solutions to the problems that surround them, such as health and well-being, education, animal abandonment and sex education.

During the Conectadas event, specialists from across the region contributed proposals to promote the inclusion of young Latin American women in the paradigm of technology and digital knowledge. Melina Furman, Researcher at CONICET and Associate Professor at the School of Education of the University of San Andrés (Argentina); Silvana Bahia, Founder of PretaLab (Brazil) and Deborah Berebichez, PhD in physics and science communicator (Mexico), participated in a panel with the aim of evaluating possible joint approaches and solutions to reduce the technological gender gap.

See the testimonies of the participants by clicking here. 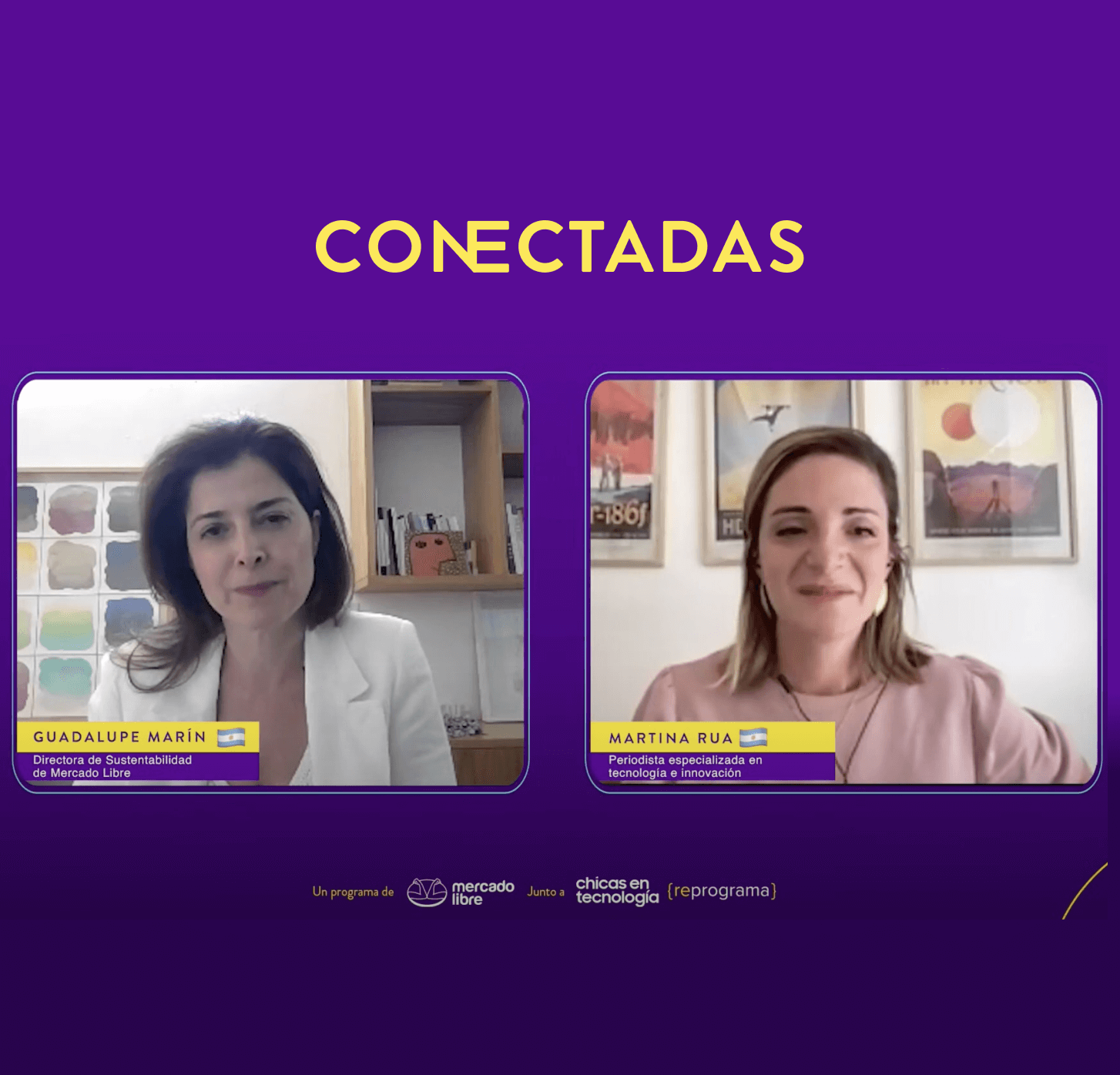 "We are aware of our social role, we are committed to accompanying and encouraging more girls to find a future in technology."

"The role of early education is key to encourage women to think of themselves as creators of knowledge through technology. Girls are often distanced from disciplines that are not considered appropriate for them due to cultural barriers. This trend will only change if more and more initiatives such as Conectadas become massive and impact formal education," said Melina Furman, CONICET Researcher and Associate Professor at the School of Education at the University of San Andrés.

“We are aware of our increasingly relevant social role, and as such in Mercado Libre we are committed to accompanying and encouraging more girls to find a future in technology. To reduce the gender gap, it is key to promote technological skills during their adolescence”, highlighted Guadalupe Marín, Director of Sustainability at Mercado Libre, who also participated at the event in the second panel.

Information to decide about their future with better arguments

According to a report from UNESCO (2019), Latin American women lose interest in STEM subjects (science, technology, engineering and mathematics) especially between the first and last years of their adolescence. However, after participating in the Conectadas initiative, 89% of adolescents admit to having a positive and closer link with science and technology. “Through the initiative, the girls went from being users to being technology designers with a social and inclusive perspective, aimed at generating positive impact. For this, the intercultural crossing between them and their different realities was very important. It all adds up so that they can discover their potential and have more and more information to decide about their future with better arguments”, highlighted Paula Coto, Executive Director of the organization Chicas en Tecnología, an Argentine NGO that since 2015 seeks to reduce the gender gap in the environment entrepreneur.

You can download the PDF of the Conectadas program by clicking here. 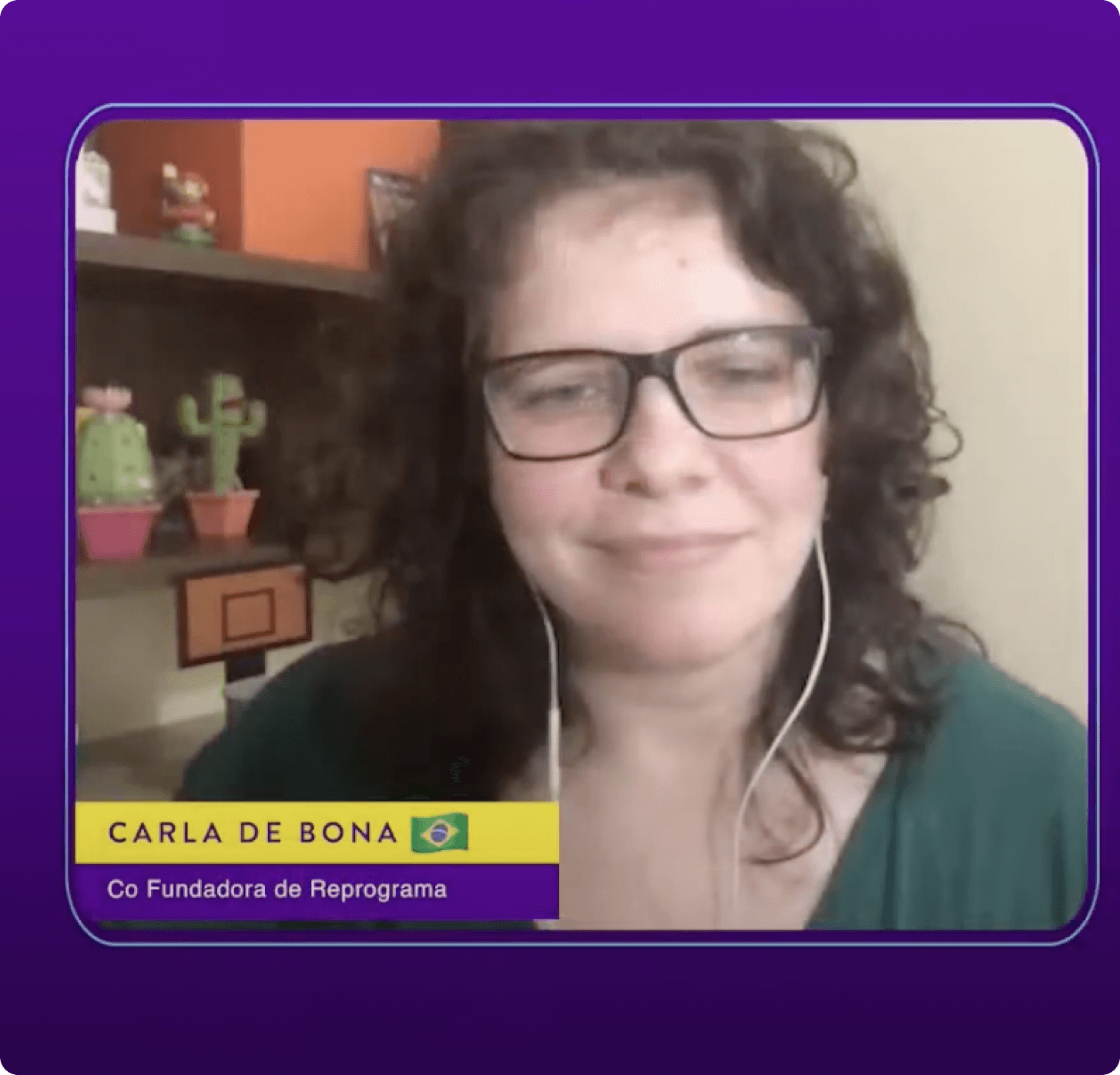 "With the girls, we work from the perspective that there is always something for them in technology"

Considering that a large part of the young participants are finishing their secondary studies, 81% affirm that, after Conectadas, they have a clearer vision of what they want to do in their work and academic future; While 95% of the participants know more about the training and professional development options in technology.

“With the girls, we work from the perspective that there is always something for them in technology. We focus a lot on content, so that they can internalize concepts, think about the world's problems and imagine digital solutions taking into account the user, the data and the dissemination” said Carla De Bona, Co-Founder of {reprograma}, a Brazilian NGO that seeks to train women in technology.

In Argentina, Brazil, Uruguay, Chile, Colombia, Mexico and Peru, the initiative consists of a free digital immersion of a series of meetings with a total of 30 hours adressing contents such as digital transformation, problem solving and design, user experience, business development and digital marketing, and inviting participants to develop technology-based solutions with social impact.

You want to know more?